What is a truffle ceremony?

A truffle ceremony is a get-together during which you take a voyage through your own inner realm by consuming magic truffles. The ceremony is guided and takes place in a safe and pleasant setting. The groups at HOLY shit. contain four people at most. Each ceremony has its own theme. This enables you to choose according to your own preference, your own needs or your main struggle. You can do this to achieve growth in your own personal development or when you seek a spiritual alternative to find answers and insights.

What is a magic truffle?

A magic truffle is a kind of medicinal mushroom with a walnut-like flavour. Its effect is almost the same as the effect of magic mushrooms. The difference lies in its legality: while magic mushrooms are not legal in The Netherlands, magic truffles are. Truffles are a byproduct of magic mushrooms: mushrooms grow right above the ground, truffles grow below ground. Both contain psychoactive properties, enabling you to achieve a different state of consciousness. Magic truffles can take care of issues deeply below the surface of consciousness, far beyond the possibilities of conversational counseling.

Can consuming truffles lead to an allergic reaction?

Yes, this is possible if you are allergic to fungi. Nut or fruit allergies are usually no problem, but just to be sure, we advise you to take a micro dose (a very small amount) and see how your body reacts. This is possible at HOLY shit.

Is it addictive or harmful?

No. Through the years, the feared damage by truffles (nature product) has been thoroughly researched. So far, none of these researches concluded that the active substances are harmful or associated with mental or physical addiction. We do discourage having magic truffles while you are depressed or anxious on this particular day. Extremely negative emotions will block the truffles’ medicinal effects. The day after the ceremony, you usually won’t suffer from any mental or physical discomforts. It is possible that you will dream more vividly that night. Some people feel a bit hungover on the day after the ceremony, but that is not always the case.

The effects are different for everyone. A truffle voyage will often open your third eye, which will allow hallucinogenic images to come to you. You might not experience any different visual images, but auditory sensations or non-hallucinogenic insights instead. Truffles may get to you on a deep level and make you see the world in different ways. They may open the way to deeper layers of consciousness and energize you in new ways. Most importantly: do not have any expectations! Do not expect a miracle cure to solve all of your problems. Dive into the experience with an open mind and focus on your physical sensations. Try leaving your ‘thinking’ behind, and you will often experience the most wonderful voyage. Of course, you will be guided out of your voyage as well.

How do I prepare for a truffle ceremony?

We urge you to have your last meal four hours before the ceremony. The maximum effect of truffles is achieved on an empty stomach. It’s fine to drink water or herbal tea. On the day of the ceremony, try to minimize the number of external triggers. It’s perfectly fine to go to work, but please avoid stressful situations. Make sure to get enough sleep the night before.

How will a ceremony help me?

People participate in truffle ceremonies because they run into obstacles, have questions, seek answers, struggle with themselves or others. It is a kind of therapy that works very intensely.
A truffle voyage often opens your third eye, which allows hallucinogenic images to come to you. You might not experience any different visual images, but auditory sensations or non-hallucinogenic insights instead. Truffles may get to you on a deep level and make you see the world in different ways. They may open the way to deeper layers of consciousness and energize you in new ways.

When the participants have arrived, we will take our time to accustom ourselves by means of meditation and sharing. All participants will get to know each other, and they will have the opportunity to tell the group why they have come to the ceremony, if they so wish. Here we will also discuss the theme. After the ceremony has been explained and you know what to expect of it, we will start with a sharing circle and a HOLY breathwork session. We continue with the eating of the truffles. Every participant will receive a truffle that is particularly selected for him/her. You will slowly descend into your voyage through guided meditation. After thirty minutes you will probably sense something. The entire duration of your voyage takes about three to four hours. It will be accompanied by music. The use of rapéh is optional.

After all participants have returned from their voyage, we will conclude the ceremony together with a light meal. All in all, the ceremony will take about ten hours. You should essentially be able to drive after you have eaten, but every body reacts differently. It would be most convenient for you to have someone to drive you home.

Would you rather have an overnight stay near us? No problem! You can find a hotel, Airbnb or camping side nearby. Here is a list of options.

HOLY shit. works with themes. How are these featured in the ceremony?

The theme features in the preparation and during the day of the ceremony itself. While preparing, you will be invited to get in touch with your intention for this ceremony. If you book for a particular theme, your intention will probably have something to do with this theme. You will receive an optional assignment you could choose to do. Sometimes someone joins the ceremony with his or her own question, aside from the theme. This is totally okay.

We begin the night of our ceremony by sharing and meditating based on the theme. From the moment that we eat the truffles, it is all up to them…

Are truffles suitable for everyone?

No. You cannot participate in a truffle ceremony if:

HOLY shit. does not allow the usage of narcotics including alcohol and marihuana during or before the ceremony.

Is there a difference between fresh truffles and powdered truffles (capsule)?

Yes, dried truffles take longer to expire and they can be ground and put into capsules. The only reason for this is the taste, because after the truffles are dried, they only maintain 1/3 of their effect. Drying truffles is illegal in the Netherlands, because it changes the truffle’s natural psilocybin into a psilocybin-preparation, which are prohibited by the Opium Act. Therefore we use fresh truffles at HOLY shit.

Can I participate in a ceremony by HOLY shit. for fun?

No, we do not provide truffles to people who participate for fun, without a specified question or reason. We offer spiritual voyages and we want to guarantee the safety of all participants.

Why magic truffles instead of any other kind of medicinal plants like ayahuasca?

At HOLY shit. we are fans of medicinal plants in general, because they all work in a different way and on different levels. Truffles are not ‘better’ than ayahuasca or kambo, but we enjoy working with truffles because they are legal (contrary to most other kinds of medicinal plants) and because they are mild. Truffles are physically less demanding than ayahuasca because they usually don’t cause any vomiting or diarrhea, and they still enable a deep spiritual voyage. Truffles are very accessible. For many people who are new to the world of the medicinal plant, this is the perfect ceremony to ease into this form of spirituality. That being said: do not underestimate the truffle! It is not just an ‘easy interlude’; it is a serious and complete spiritual voyage that can be life changing in the long run.

Do truffles effect my heart rate, blood pressure and/or thyroid?

Scientific research has only indicated a miniscule increase in heart rate, blood pressure and thyroid activity. There is an interaction with the thyroid (the question remains if the mentioned symptoms are a direct consequence of the substance in the body or the result of the mental effects of truffles). As a rule, few risks are attributed to thyroid medication, but it is always advisable to omit medication in general 48 hours before the ceremony if possible, and come and test a micro dose at HOLY shit.

I recently consumed truffles and now I am trying to get pregnant; would that be harmful?

No, because the toxicity of active substances are negligible to a healthy body. They are very similar to bodily substances, which makes them easy and quick to disintegrate. Of course, we strongly warn you against consuming truffles while you are pregnant or breast-feeding.

I am afraid to participate, but I am interested. I guess.

This is not a question, but we will answer it anyway, because you are not the only one who is nervous. If you are new to all this, it makes sense that you feel hesitant. You are worried about your safety, if this isn’t too vague for you, if it really works and above all… if you can cope with losing control. This last worry is exactly why you participate. The truffle can show you that at times, it is okay to let go and to find confidence and peace of mind. If that truffle showed up on your path, it’s there for a reason. In fact, you have nothing to lose. Before you participate, you will be screened and if we allow you to join, you are safe. There is no need to be afraid to get stuck in your voyage or that your personality will be changed. If you sense any changes, they will be positive in the long run. The magic truffle is a natural product that helps you face your own truths and perhaps makes you see yourself and the world in a whole other way. Some fear is completely normal, and so is nervousness. Just let it be and have faith that you will always get what you need at that particular moment – never more than you can handle.

Do we use MAOIs?

Monoamine oxidase inhibitors (MOAIs) are enzymes that break down the monoamines (serotonin, noradrenaline, dopamine) in your body. These monoamines transmit impulses through the nervous system. If an MOAI does not break these neurotransmitters down, they will stay active. In that case, the body will absorb the psilocybin from the truffle better, which leads to a longer, more intense truffle voyage. There is also the possibility of side effects, like palpitations, vomiting or spasms, comparable with ayahuasca usage.

Several organisations offer a combination of magic truffles and MAOIs, usually under the heading ‘Psilohuasca’. We at HOLY shit. don’t think that Mother Nature is designed like that, because a truffle is a terrific medicine in and of itself. This medicine deserves the respect to be used in its pure form. We see psilohuasca as a usage to replace ayahuasca since it has been prohibited in October 2019, however… there’s no such thing. Ayahuasca is a medicine on its own, and so are truffles. At HOLY shit., you willingly choose a guided magic truffle voyage. By the way, natural boosters like passion flower and raw cacao exist. We do not serve those either. We don’t brew tea from these boosters and we don’t soak them in lemon. Pure nature. Don’t underestimate it, okay? 😉 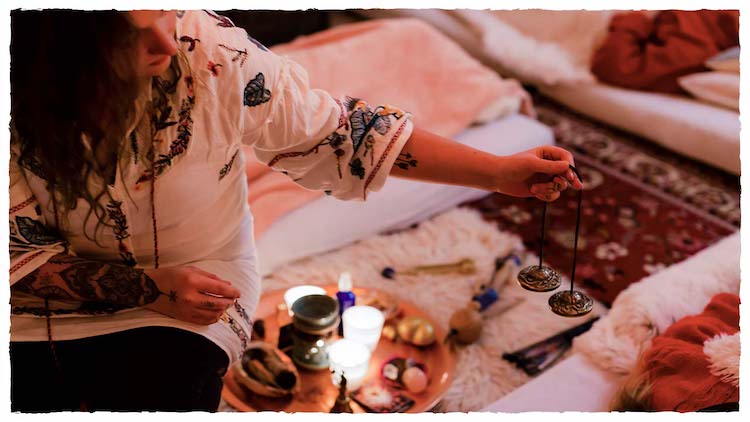 I have a other question?
Reserve a ceremonie